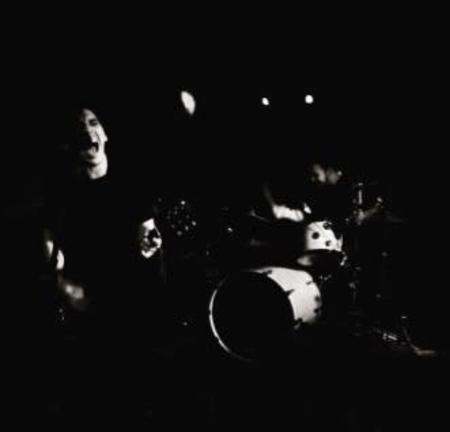 Playing a blend of Dark Post-Hardcore, Metal and Noise Robert Neil and Jeff Hartley are the duo VULTUREPEAK and/or VLTRPK.

They started playing music together in South Western Pennsylvania and eventually made their way up to North Eastern Pennsylvania to form VULTUREPEAK in 2012. In September of 2012 VULTUREPEAK self-released an 8 track Self-Titled Demo and followed that up in 2013 with an 3 track EP called “Filament Palace” which included a 9 minute piece called “Cast Out the Third Act”. In 2015 Lonesome Waltz Records released a limited run Live/Improv cassette from VULTUREPEAK that was a mix of live tracks from the Self-Titled Demo / “Filament Palace” and Improvisational noise.

In this time they continued to play shows in the Northeast United states while working on their next two releases. In January 2018 “Wrapped In Tar” was released by the band that encompassed elements of Harsh Noise, Doom, Drone and Power Violence. March 25th 2018 will be their 5th release called “Snake Body” which threads the sounds of their previous releases and marks the first time the band has not recorded themselves.  Up until this point all recording, mixing and mastering was done by Robert Neil with the exception of “Filament Palace” which was Mixed and Mastered by Jack Shirley at Atomic Garden Studio in San Francisco. With their latest release “Snake Body” they teamed up with Eric Novroski at Novro Studios in Shavertown Pennsylvania.

They have also been enthralled with pushing the visual aspect of their music through video. The piece “Cast Out the Third Act” from the EP “Filament Palace” was split into a 3 part video series. Noise tracks from the Live/Improv cassette and “Wrapped In Tar” have also been visually rendered to drive the experience beyond sound. VULTUREPEAK has more releases in the works for 2018 and plan on playing as much as they can in 2018.