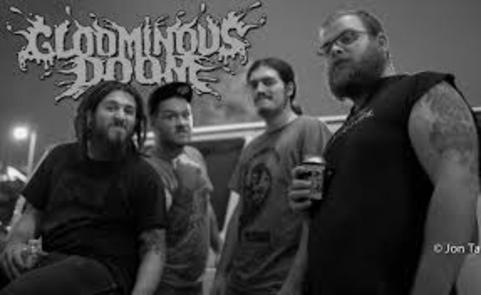 Gloominous Doom hatched their ugly distinct blend of Metal/ Ska/ Thrash/ Surf and Reggae in 2006, when Jeremiah Stoyer (drums), Chris Bewley (guitar), Austin Ernst (bass/vocals) Floyd “Bone” Rhodes (guitar/vocals) and original vocalist Jeff Kruppenbach ventured out of the cellar to expose the world to their madness.
Borne of cheap booze, blood, Black Sabbath and caffeine, the eclectic quintet pulled together their first releases, The Weeping Bung Demons demo in 2006 and the full length CD, “Doomed If You Do, Doomed If You Don’t” in 2007 on Drp records.

Soon the band was storming stages throughout their Pennsylvania home base and far beyond. Playing countless tour stops in venues, large or small, From VFW beer halls and basements, to dive bars, skate parks and outdoor parties, any place that would have them. Crossing paths and sharing road scars with the likes of 3 Inches of Blood, Cattle Decapitation, Swashbuckle, Jucifer, Sworn Enemy, Gwar and countless others.
2008 saw the release of the vinyl split 7” with brothers in harm Relapse Records’ Rumpelstiltskin Grinder. The pair tore up the East Coast and all over the home state of PA. Soon the song “Urine Trouble” was invading the airwaves at College and Sirius XM radio, setting up the follow up.

The second full-length, a 15 track, epic CD entitled, The Feature, was released on DRP Records in May of 2010. The band was progressing as songwriters with their tongue-in-cheek humor, razor-sharp riffs, thrashing mayhem, Punk attitude, Death Metal ferocity, low-slung Reggae and Surf grooves. Press began to take notice with rave reviews, applauding their “kitchen sink Metal”. Unable to pigeonhole or label the band, “bipolar-core” was a new term that seemed to stick. A surprisingly successful crossover hit with the single “Portal Potty”, was followed by “Old Bay, Old & Grey” at Specialty FM, College and Sirius/XM radio. Fueling their momentum as the band hit the road with anyone from Jucifer, Sworn Enemy, to The Prescription and Mensrea, including another tour date with Gwar, which led to their guitarist, Cory Smoot, offering to record and produce the next release.

A year later, the tracking for the new 6 song EP “Cosmic Super Ghoul” began in Richmond, Va. at Karma Studios with Gwar’s late Cory Smoot behind the board. Shortly after the sessions, tragedy struck the GD camp. While on a hunting trip in Iceland, the Viking-like singer was believed to have been eaten by a polar bear. With his whereabouts unknown, the remaining members trudged forward, enlisting new vocalist Travis Massini. Naming him the new front man, only after he survived a brutal, ritualistic initiation. Ending with Travis receiving a large tattoo on his beer-belly with the words “Pot Roast”. 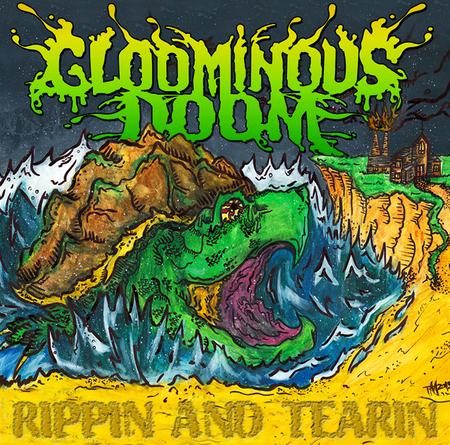